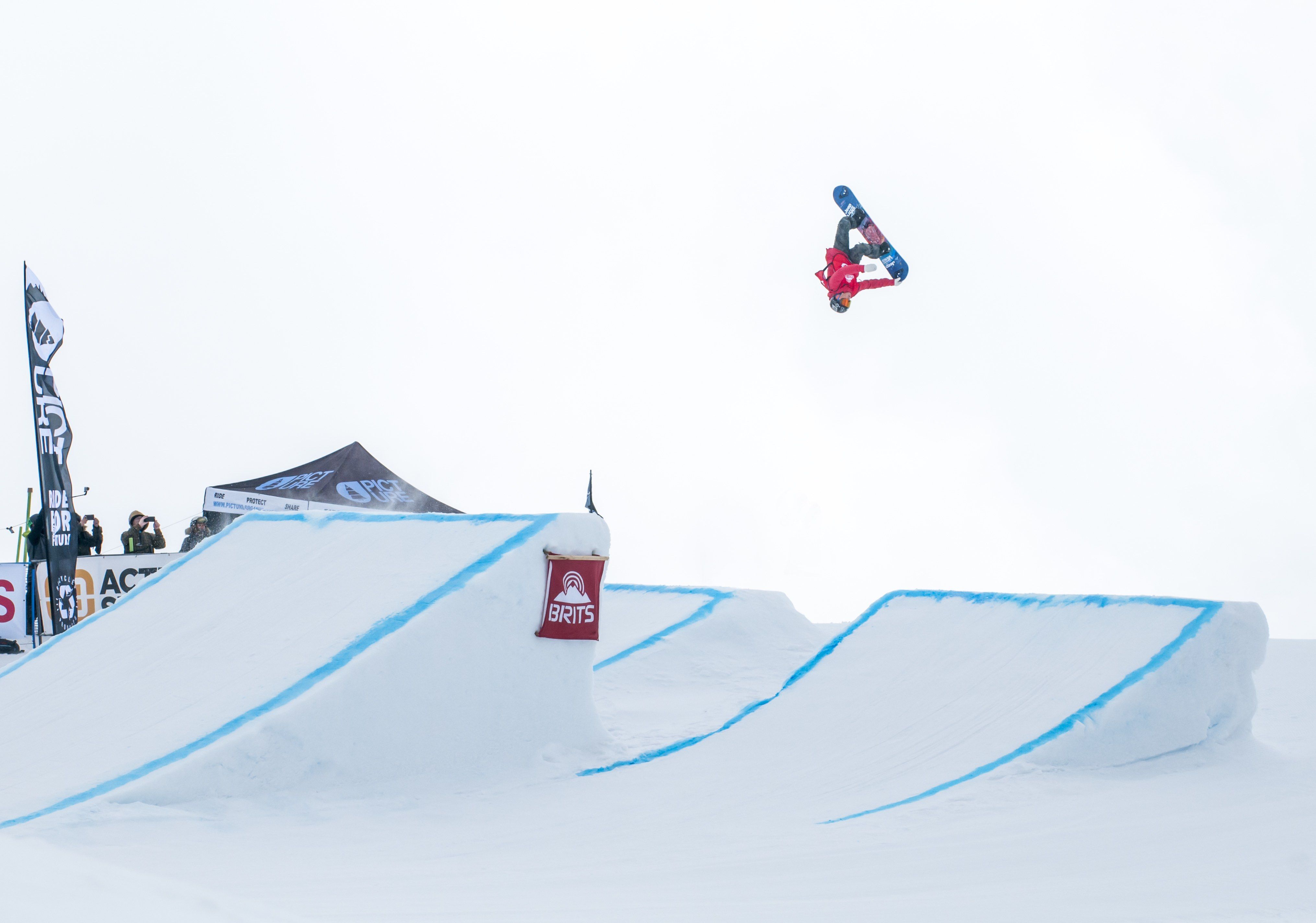 The Picture Big Air British Championships saw the kicker focussed format return to the BRITS for the first time in five years ahead of the discipline's debut at the Winter Olympics in PyeongChang this coming February. British prospects for that contest look bright after an awesome showing from GB Park and Pipe athletes, who locked up the wins today on Laax’s biggest hits.

As with the first two days of competition, clouds and mist delayed the start of competition slightly, but once riding was underway, it didn't stop play in any major way. Snow conditions were excellent, and the world-class kickers shaped by the Laax park team were running perfectly, setting the stage for this highly anticipated contest. Each competitor completed two finals runs before the top 12 men and top six women progressed to a two run super final.

In the men’s contest it was a battle royale between the new British Slopestyle Champion Matt McCormick, and his GB Park and Pipe teammate Henry Shackleton. In the first round, it was McCormick who drew first blood. The Scotsman's back 1080 double-cork was cleaner than Shackleton's by some margin, and Matt led into the super final. But Henry was just warming up, and he came out swinging in the final round with a towering cab 1260 double. An absolute show stopper. Matt didn’t take it lying down, and he fired back with a dub 10 reverse truckdriver, which was just oozing with style. Unfortunately for him it wasn’t enough to overcome the technical difficulty of Shackleton’s manoeuvre, and he had to settle for a silver, completing his collection after gold in slopestyle and bronze in boardercross. Cairan Tucker’s back 7 mute put the 17 year old on his age-group’s and the overall podium, taking under 18 gold and overall bronze.

Discussing the monster trick that won, Shackleton said “It’s a cab double 12 that I learnt recently, so I was happy to put it down in a run, it’s the first time I’ve put it down in competition” 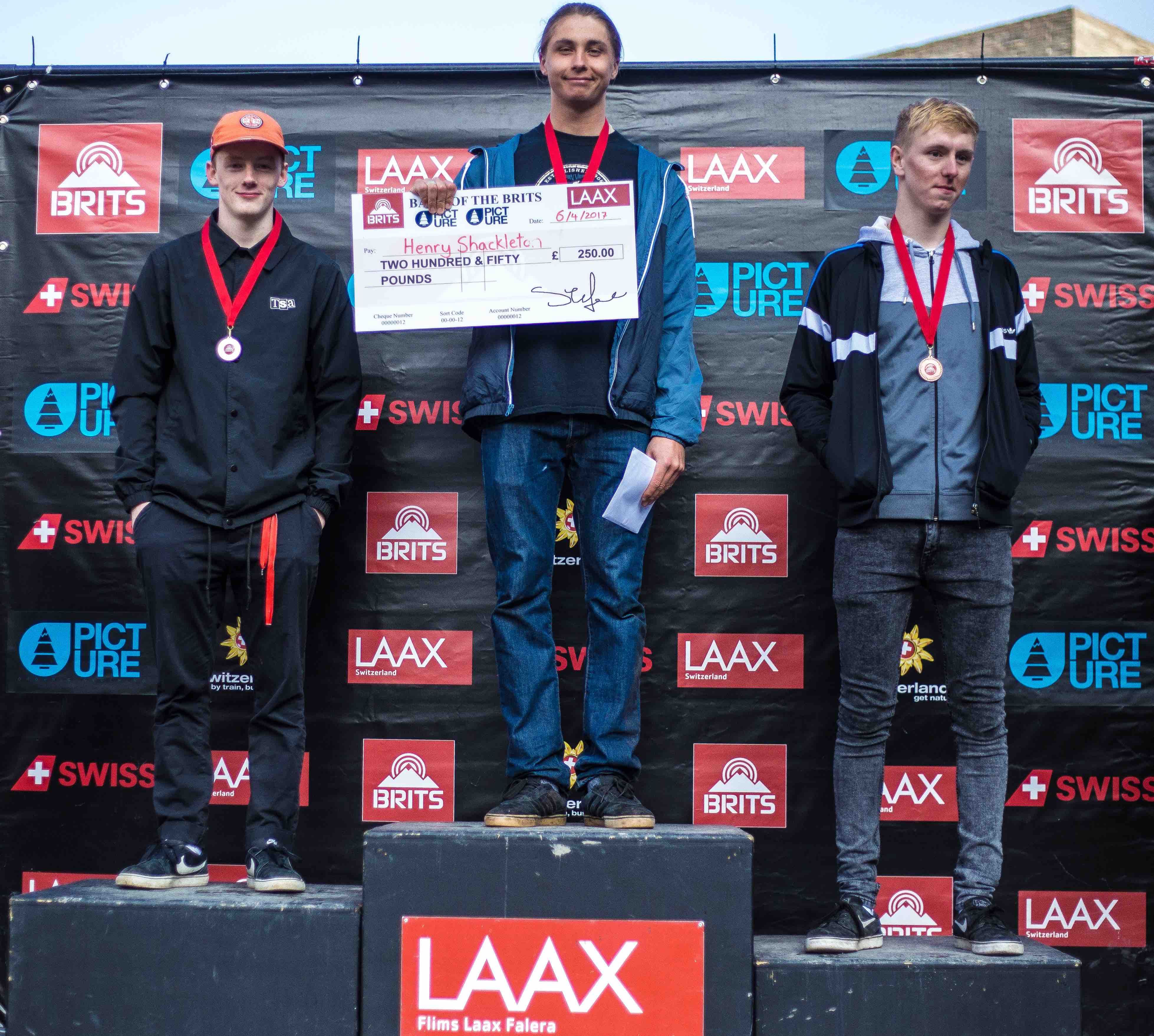 The women’s podium was topped by another GB Park and Pipe star, as Aimee Fuller grabbed another British Championship making it two in the week. Aimee spent more time upside down than she did the right way up; under-flipping her way to another gold. Fuller’s signature trick was firing on all cylinders and she laced it perfectly in both rounds to take the win. The fight for the rest of the podium was fierce, as style and amplitude faced off against raw technicality. In the end Fiona Reid’s huge backside 180 wasn’t enough to overturn Cerys Allen’s 720 - the only of the women’s competition - but it was noted as a highlight by the judges.

After collecting her 2nd gold in three days, Aimee said: “It was really awesome to ride with the girls again, and see some really good stuff going down. It’s cool to see that the level is definitely there in the UK, and it’s great to be a part of that and ride with the rest of the UK girls.” 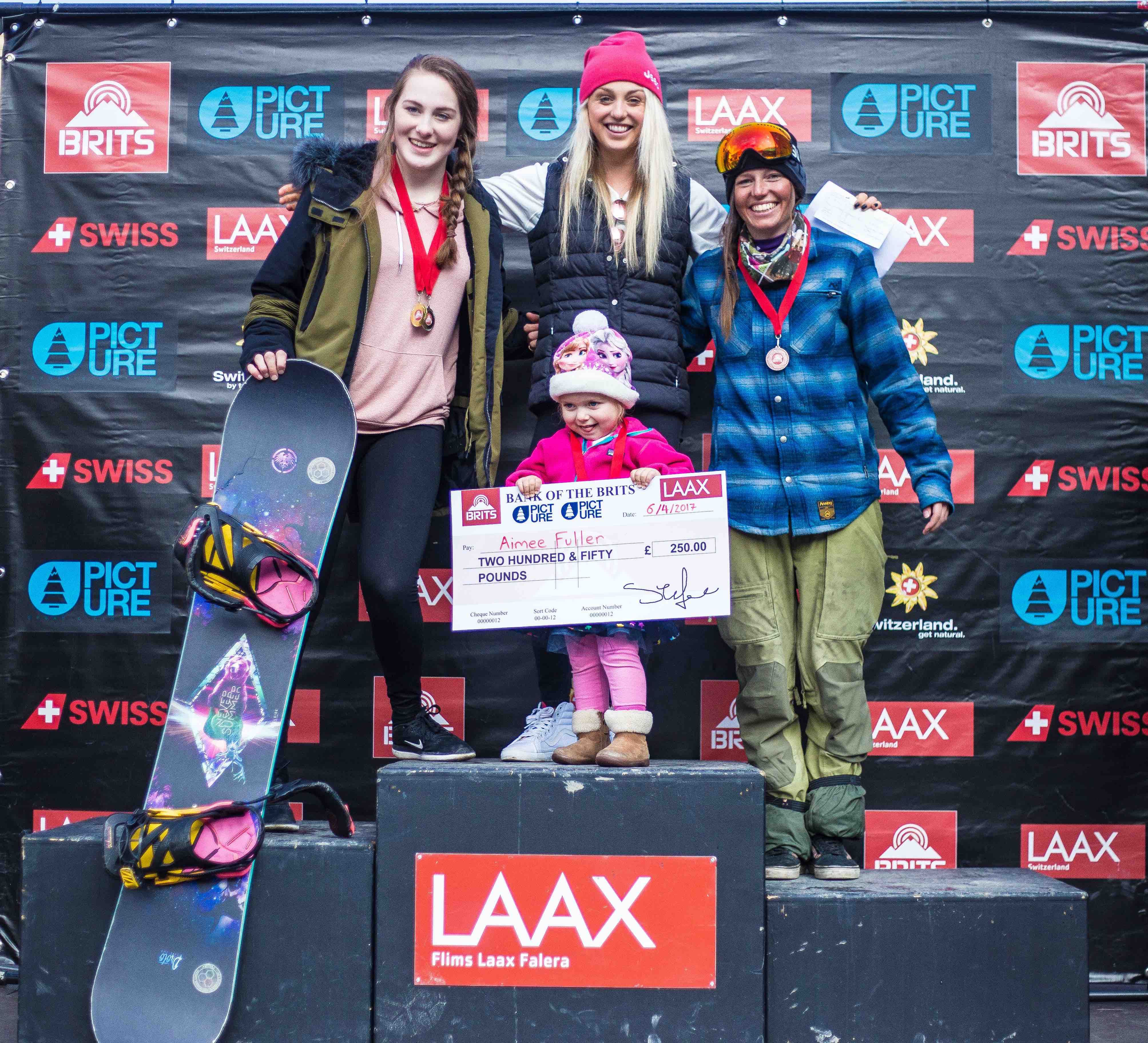 Whilst kicker options where in place for riders of almost any level, there were several tiny riders stepping it up and hitting jumps that absolutely dwarfed them. Under 12 riders Mia Brookes and Charlie Lane were both styling out spins and grabs over the medium jump, and earned places in their respective super finals. Under 16 riders were very well represented in the super finals too, with 6 riders progressing. Slopestyle standout Leon Drynan shone once again, laying down stylish 720s to finish 5th overall. 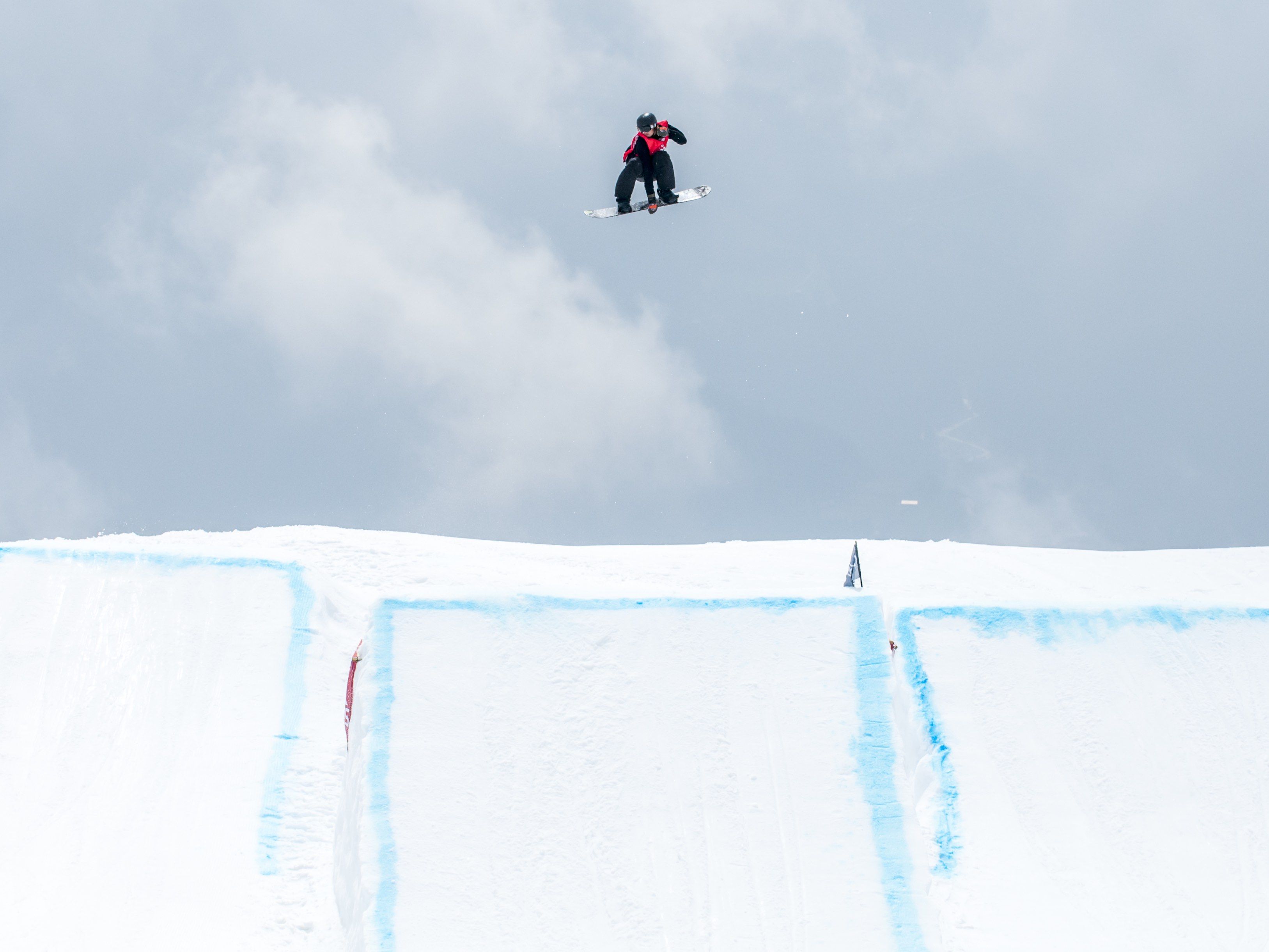 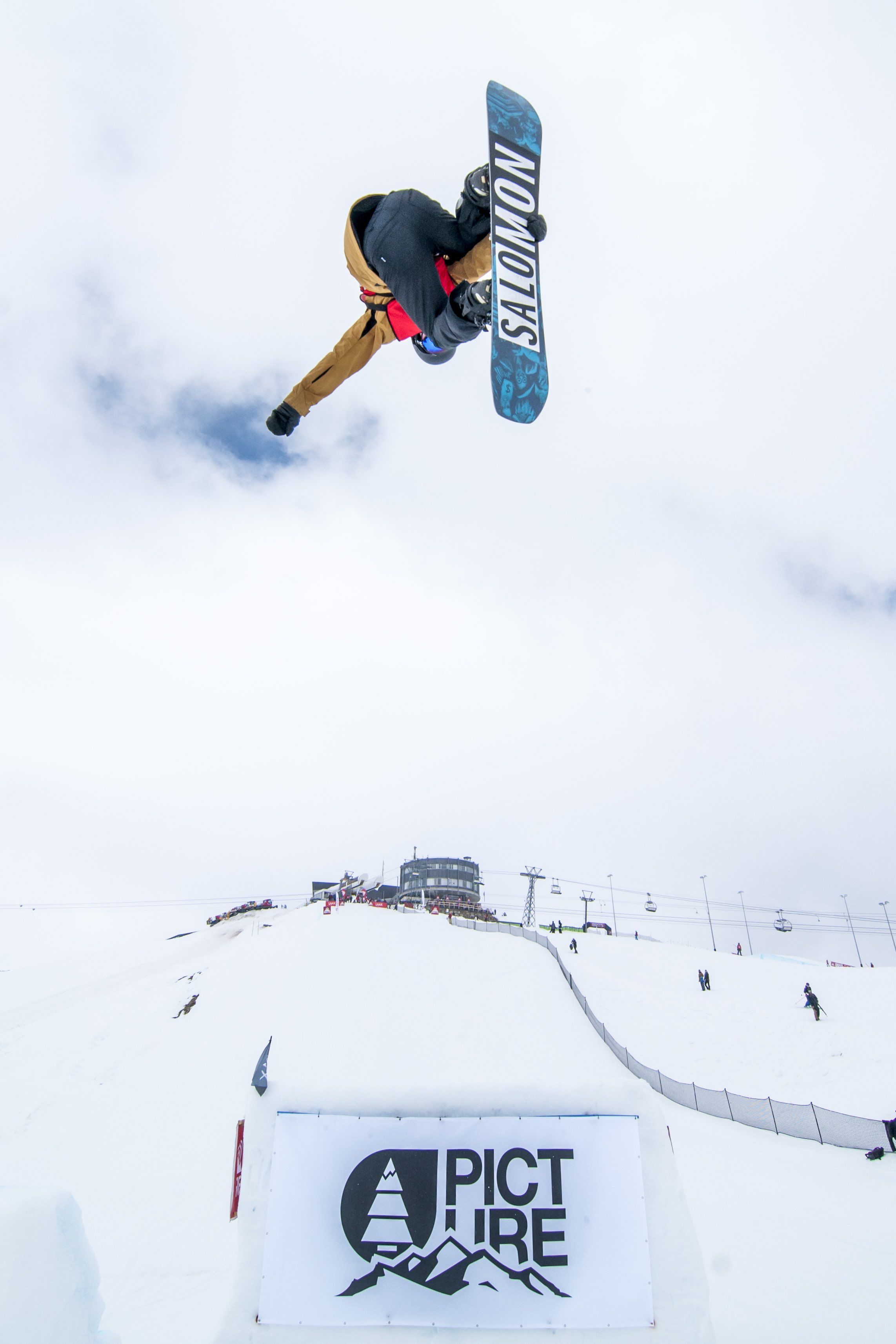