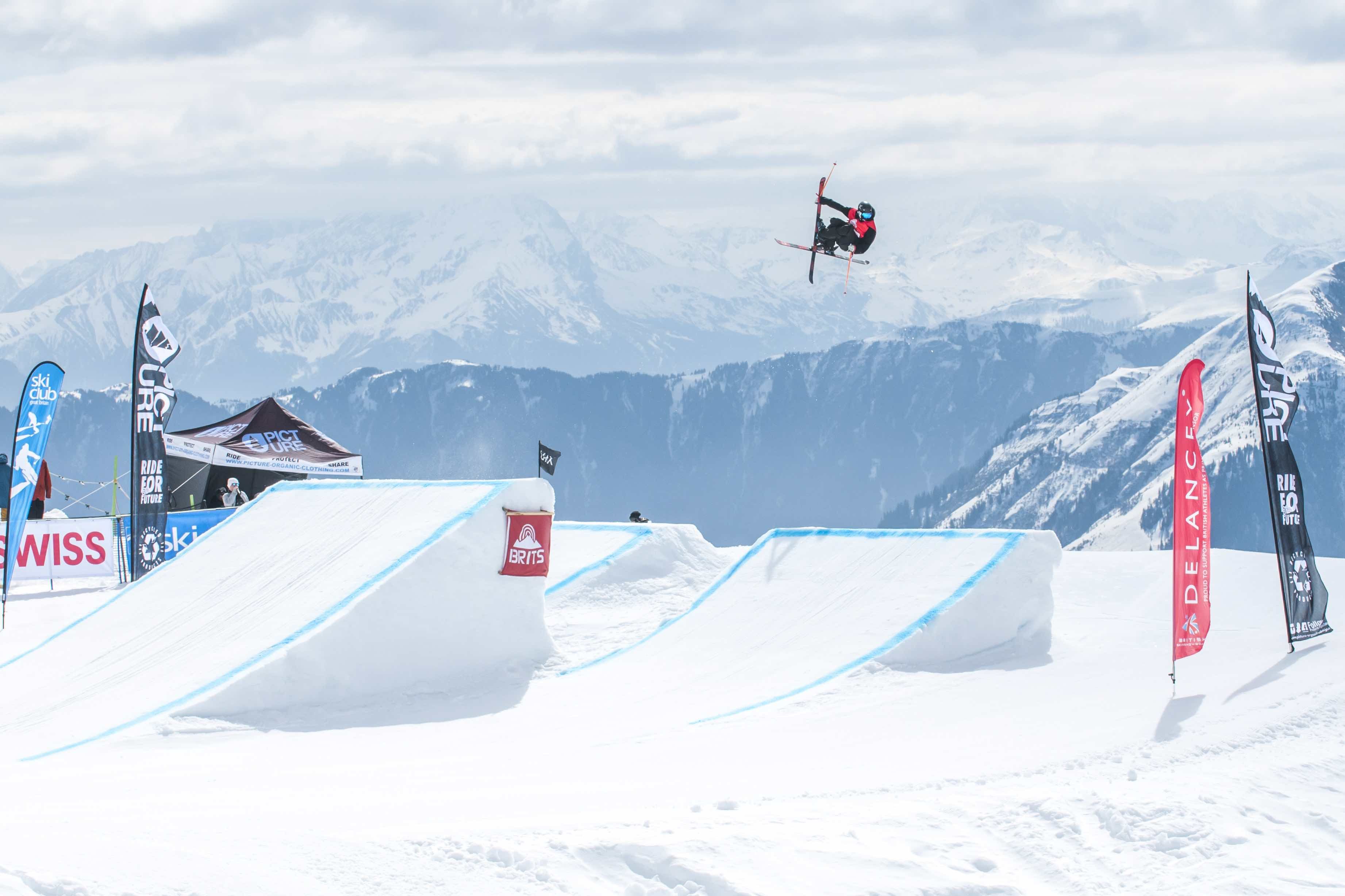 As the sunshine blessed the final day of the BRITS 2017, it was another spectacular day of world-class skiing, this time in the Picture Ski Big Air. With the level of riding sky high, it was a tough day for the judges not just to select the winners of the Picture Ski Big Air, but also to decide which young guns would be awarded the brand new ‘CSS at the BRITS sponsored by Delancey’ prizes for the best tricks throughout the day, including in warm-up.

With the weather meaning the competition could consist of two qualification runs ahead of a 12-man super final, there was plenty of chance for the top riders to try and throw down their best tricks. With the standard in the men’s competition world-class, it was Justin Taylor-Tipton, fresh from the World Junior Freestyle Championships, who impressed the judges with his perfect dub 12 mute in the second run of the super final, following his first run of a dub cork 10 mute. Despite falling on his second run in the super final, Monty Wright landed a steezy switch dub 10 safety on his first run, which sealed him the silver medal. In bronze medal position was Mike Rowlands, who claimed his second podium of the BRITS 2017, putting down a dub 10 mute with a nose grab on both his first and second super final runs. With the three up and coming skiers keeping big names such as Tyler Harding, who couldn’t make the grab on his dub 12 blunt into safety, off the podium, it was a signal that British freeskiing is a good hands.

Haydn Fiori and Tom Greenway showed why they are both rising stars, as they were the only two under 16 skiers to make the men’s super final. There were also impressive performances from Under 18 athlete Sam Gaskin who landed a clean cork 7 safety, and Under 12 skier David Gornall who again was top of his age-group with a 720 off the medium kicker.

Taylor-Tipton said after taking the title: “I am stoked to win. I thought I might have got the win, but everyone was doing doubles, so I wasn’t sure. I knew I had to step it up which is why I went for the 12. I can’t believe it really, but I am super happy.” 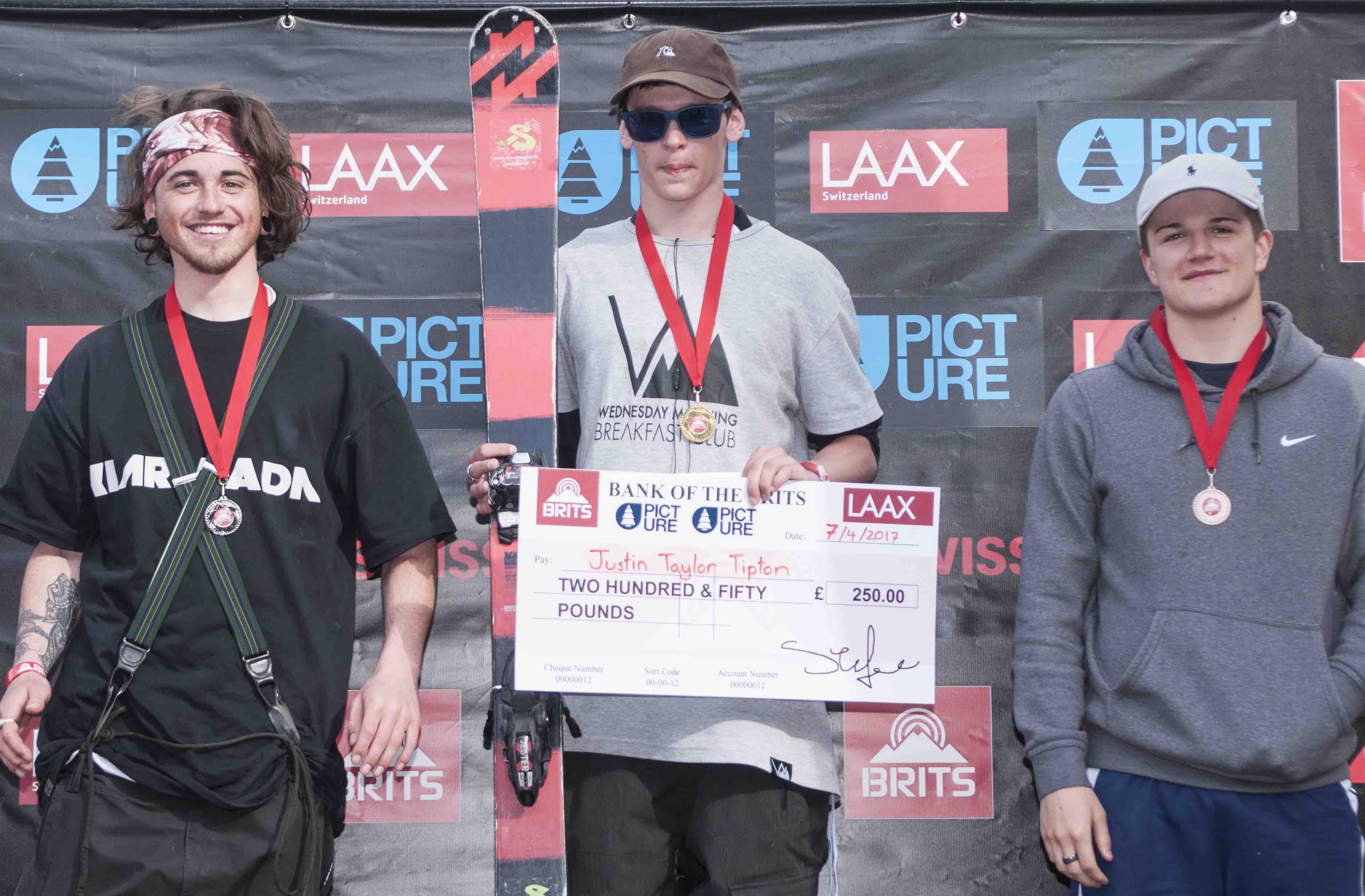 In the ladies’ competition, it was a carbon copy of the Ski Slopestyle podium, as GB Park and Pipe skier Katie Summerhayes took top spot again with her 9 Japan, which she threw down on the first run of the super final. Very close behind Katie was 12 year old Kirsty Muir, who again showed just how much she has impressed as she hit the bigger kicker, landing a clean 720 mute on her first run and a 900 on her second super final run. Taking bronze medal position again was 10 year old Fiona Muir who threw down a super clean 360 safety on her first run, again impressing both the judges and crowds. Just missing out on a podium place was Olivia Burke who skied well in both qualification and the final.

Summerhayes was delighted with her second gold of the BRITS: “I am very happy with another gold. It is the end of the season, so I was just keeping it mellow. I had other things up my sleeve, but I didn’t push it today, but is great to have Big Air back at the Brits.” 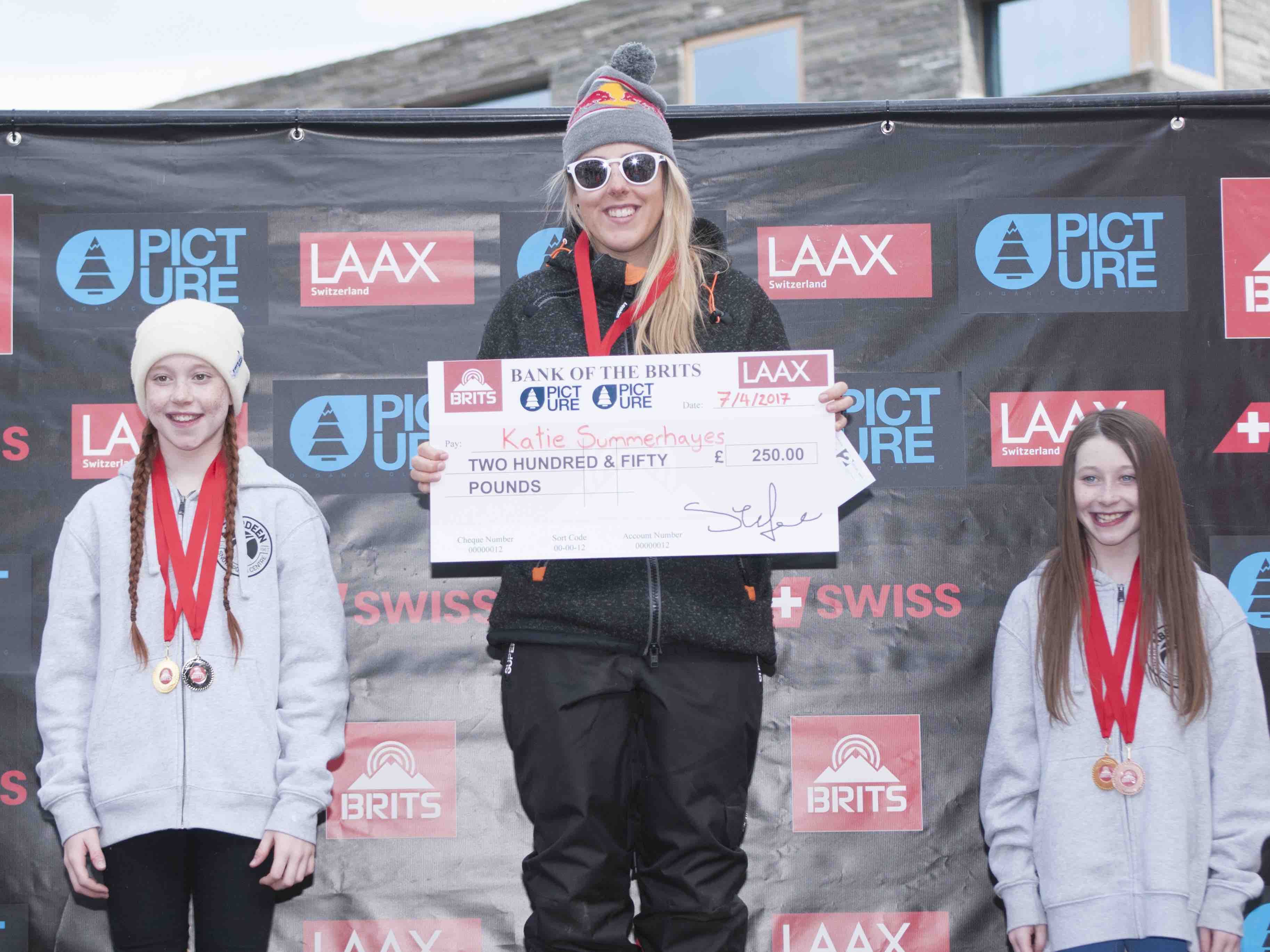 Today also saw four skiers walk away with prizes from the first ever ‘CSS at the Brits sponsored by Delancey’ competition. All riders under 18 were in with the chance of claiming the prize, which was awarded to the young gun performing the best trick of the day, whether in warm-up, qualification or finals. For the men, overall winner Justin Taylor-Tipton walked away with the top prize and £500 at just 16 years old, and in second was 15 year old Tom Greenway who landed a dub 10 safety with ease to claim the £250 cheque from Delancey. For the girls, sisters Kirsty (12) and Fiona Muir (11) couldn’t be beaten as their tricks sealed them the two CSS at the Brits prizes, with Kirsty winning £500 and Fiona £250.

CSS at the Brits was born out of the success of the first ever Championship Ski and Snowboard (CSS) league, which ran on UK slopes last spring and summer. Delancey wanted to bring support for the young riders to the slopes, with ‘CSS at the Brits’ allowing young athletes to showcase their skills and push their limits as well as inspire more young athletes to achieve their snowsport ambition.

Kirsty Muir commented after the prizegiving: “It feels so good to have won the CSS prize. I was really pleased with my tricks today on the big jump and it was amazing to be on the podium again. I had the prize in the back of my mind, but I just wanted to do my best and have fun today. I will definitely use the money for my skiing, it is so great to have won it. It have just been the best week at the BRITS.” 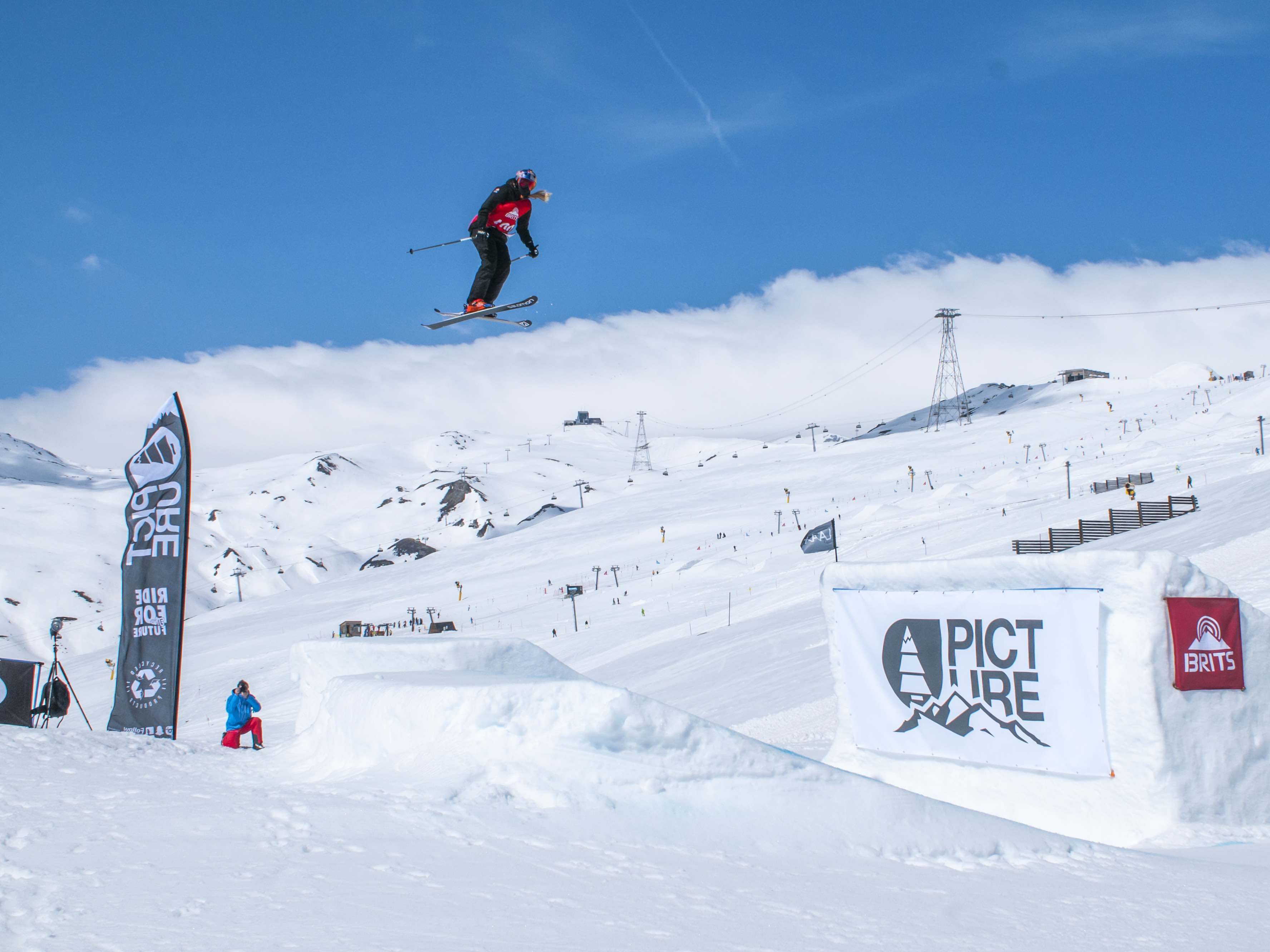