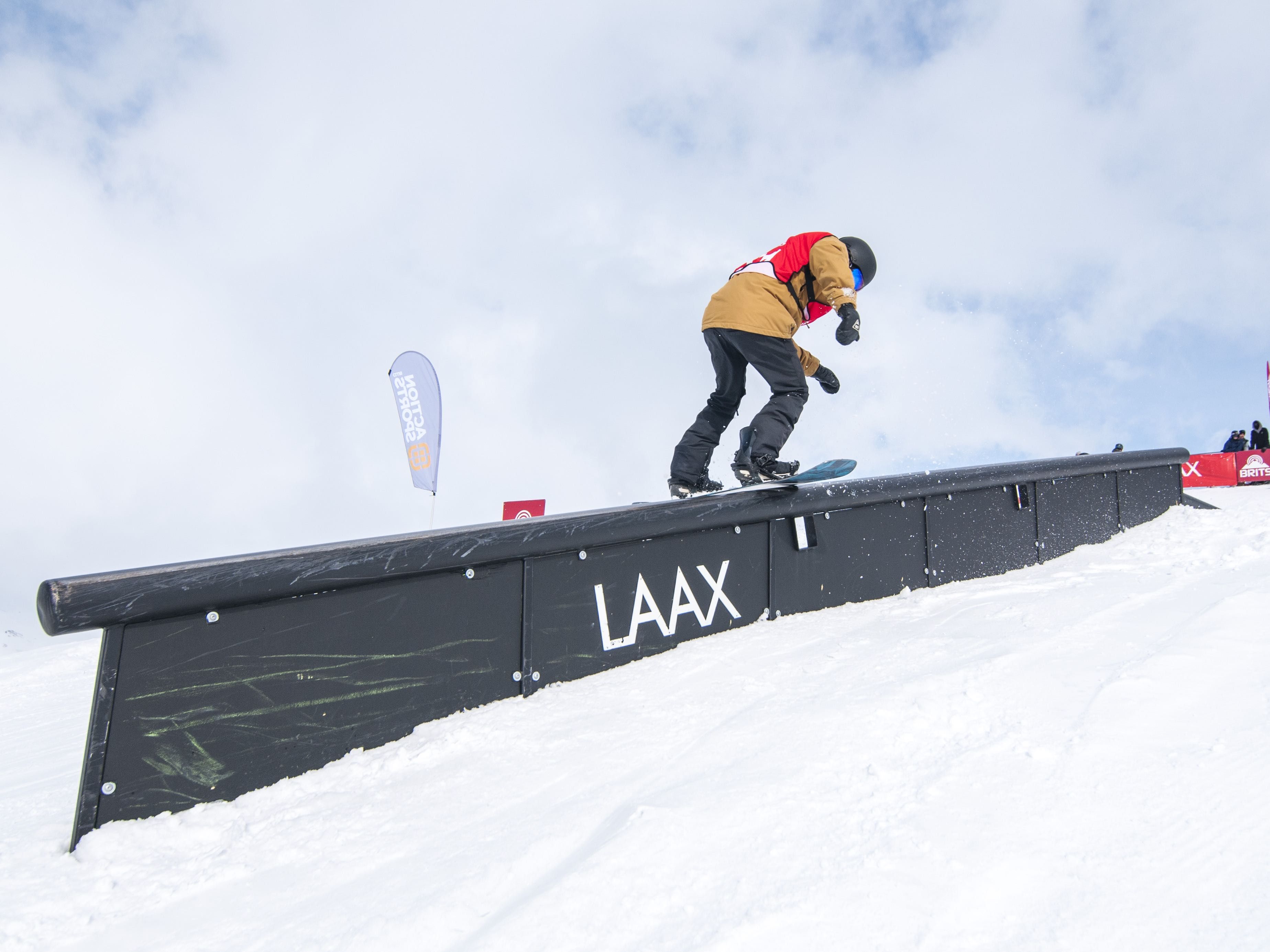 The first day of competition at the 2017 British Snowboard Champs saw the UK’s finest riders descend on the pristine Laax snowpark to fight it out for the title of Slopestyle National Champion. Despite the clouds doing their best to stop play, the huge field all got to throw down over the kickers and rails, and 2 victors stood tall at the end of the day - GB Park and Pipe stalwarts Aimee Fuller (25) and Matt McCormick (20).

With snow or rain expected on the Crap Sogn Gion, officials and athletes alike were happy to see great snow conditions as they rose through the clouds on the gondola. Whilst the snow was in good condition and the winds light, rolling clouds caused several delays, and eventually ended the possibility of the scheduled “Super Final”. But with all athletes having completed 2 finals runs, the tense competition left no one unsatisfied.

In the mens competition, it was Matt McCormick who showed early on that it was going to be his day. Oozing confidence from his first trick, it was obvious that his last few seasons on the World Cup tour have stood him in great stead. His first run consisting of a front-blunt to 270, switch-backside 540, Front 7 off the toes and a back-10 double cork was enough to take the title. For the second year running, it was X Games medalist Billy Morgan who took the silver medal. His classic cab double underflip dropped jaws on the first kicker, and he left every spectator with an ear to ear grin as he backflipped off the last rail feature. Joining Matt and Billy on the podium was an incredibly talented young shredder, who showed that age can mean very little on the slopestyle course. At just 14 years of age Leon Drynan added to his under 16 title with overall bronze. The Scottish super-grom laced a cab underflip and a floaty back 7 melon into a perfectly clean run, and he cemented himself as one to watch for the coming years.

Stoked on his win, Matt said “It was a really good day, the course was sick here in Laax. It was great to have Leon on the podium, he really deserved it and put down a really good run” 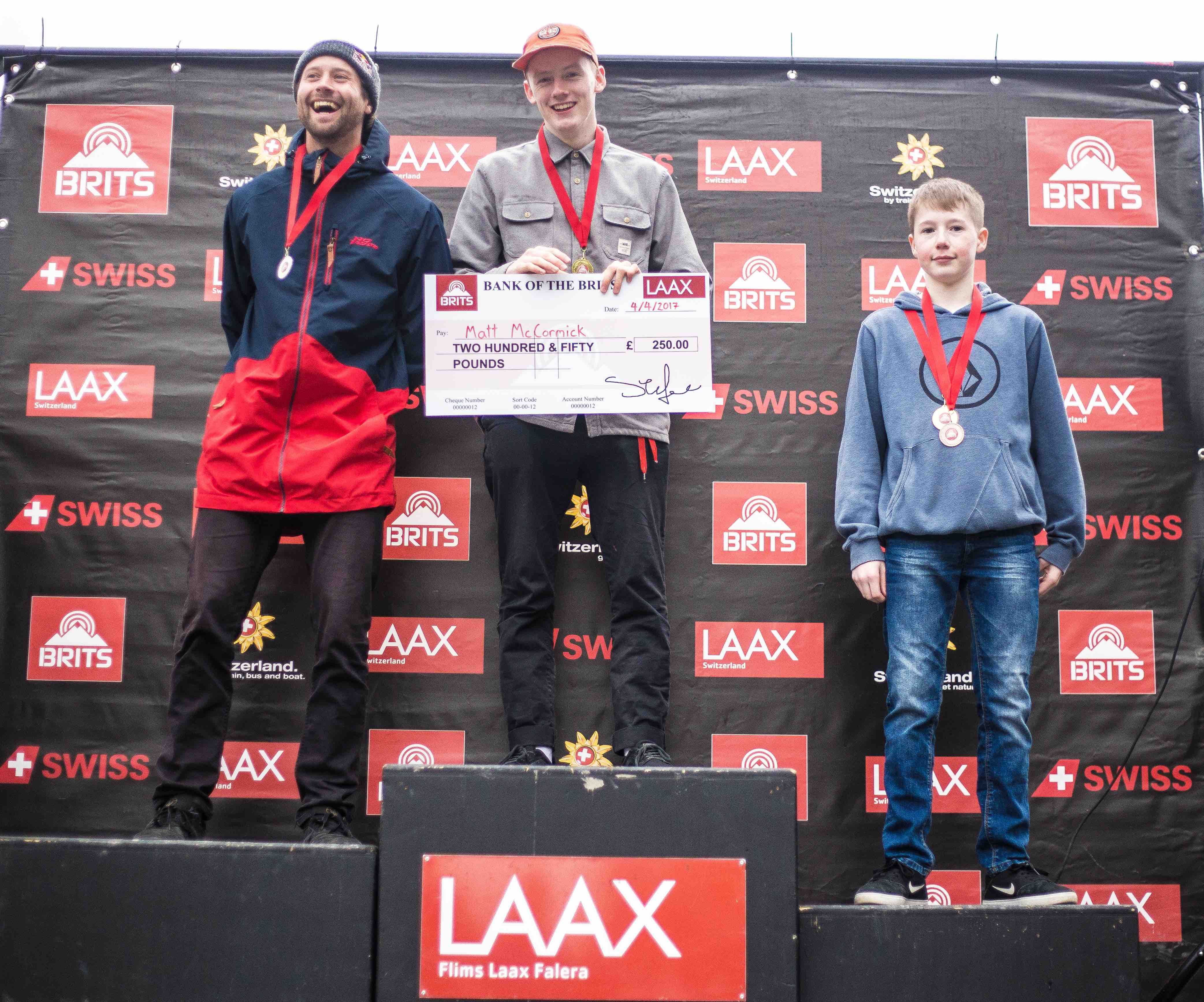 In the women’s competition Aimee Fuller’s return to BRITS competition was a golden one, as she took the overall title by a point from some fearsome competition. Her super stylish aerials were loved by the judges, with a cab underflip noted as their favourite trick amongst the women’s field. In second place it was Natalie Good, who narrowly missed out on the top spot. Her massive amplitude wowed the crowds as she sent a cab 5, and 2 backside 360s down the biggest jumps on the mountain - the only of the women to do so. Third place and the bronze medal went to Fiona Reid, who brought the number of Scottish medals on the overall snowboard podiums even with the English, a fight likely to continue for the week.

Chuffed with her win, and the field, Aimee Said “Over the moon to come back to Laax, and especially to see so many girls riding today. The UK Armed Forces made up a huge percentage of the field, and it’s great to see them represented, and how strong their riding has become.” 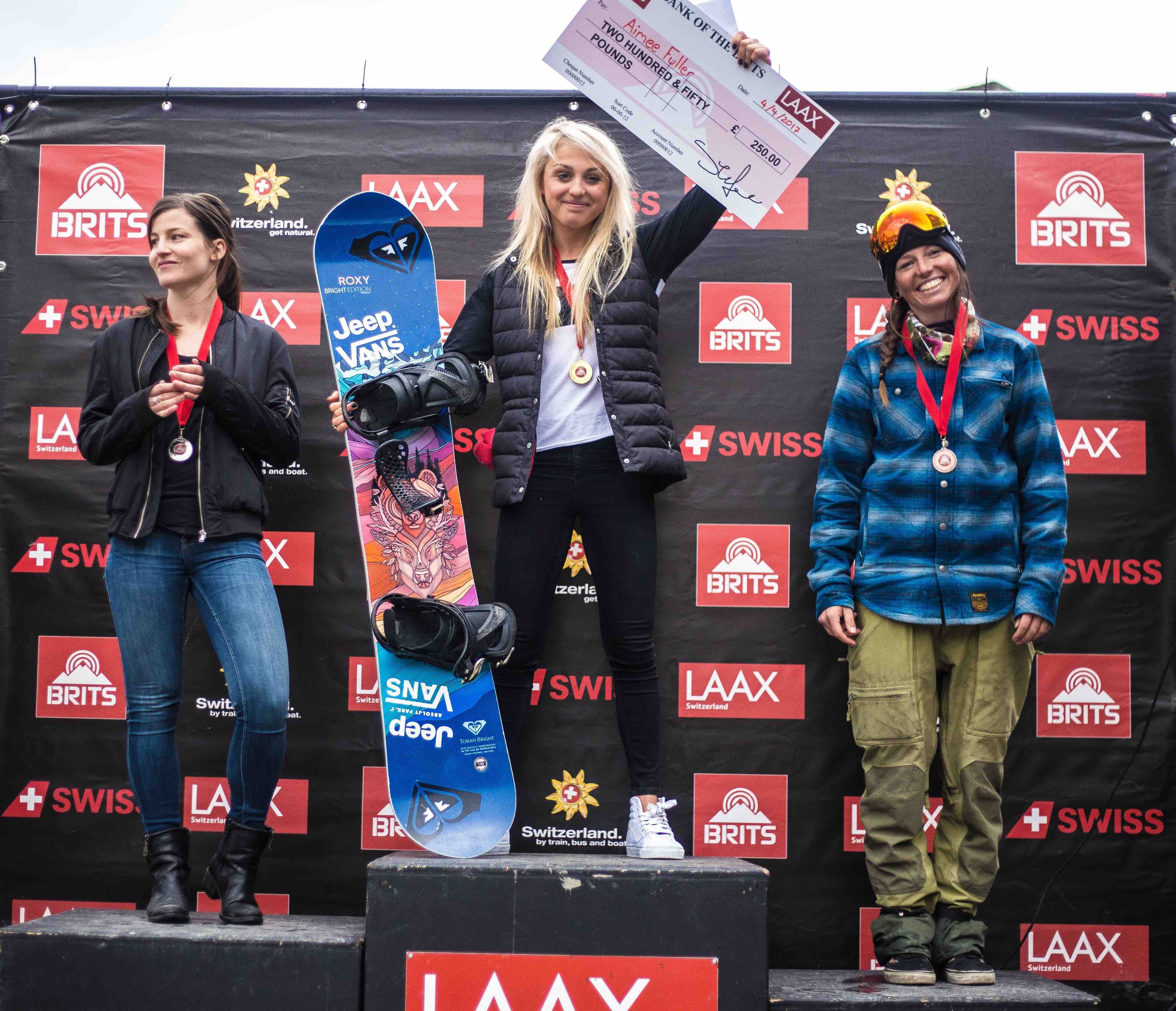 Be sure to follow The BRITS on Facebook for all the latest photos and videos from the championship as it happens - www.facebook.com/britsfestival

Pictures by Zee at MotionStoppers.com