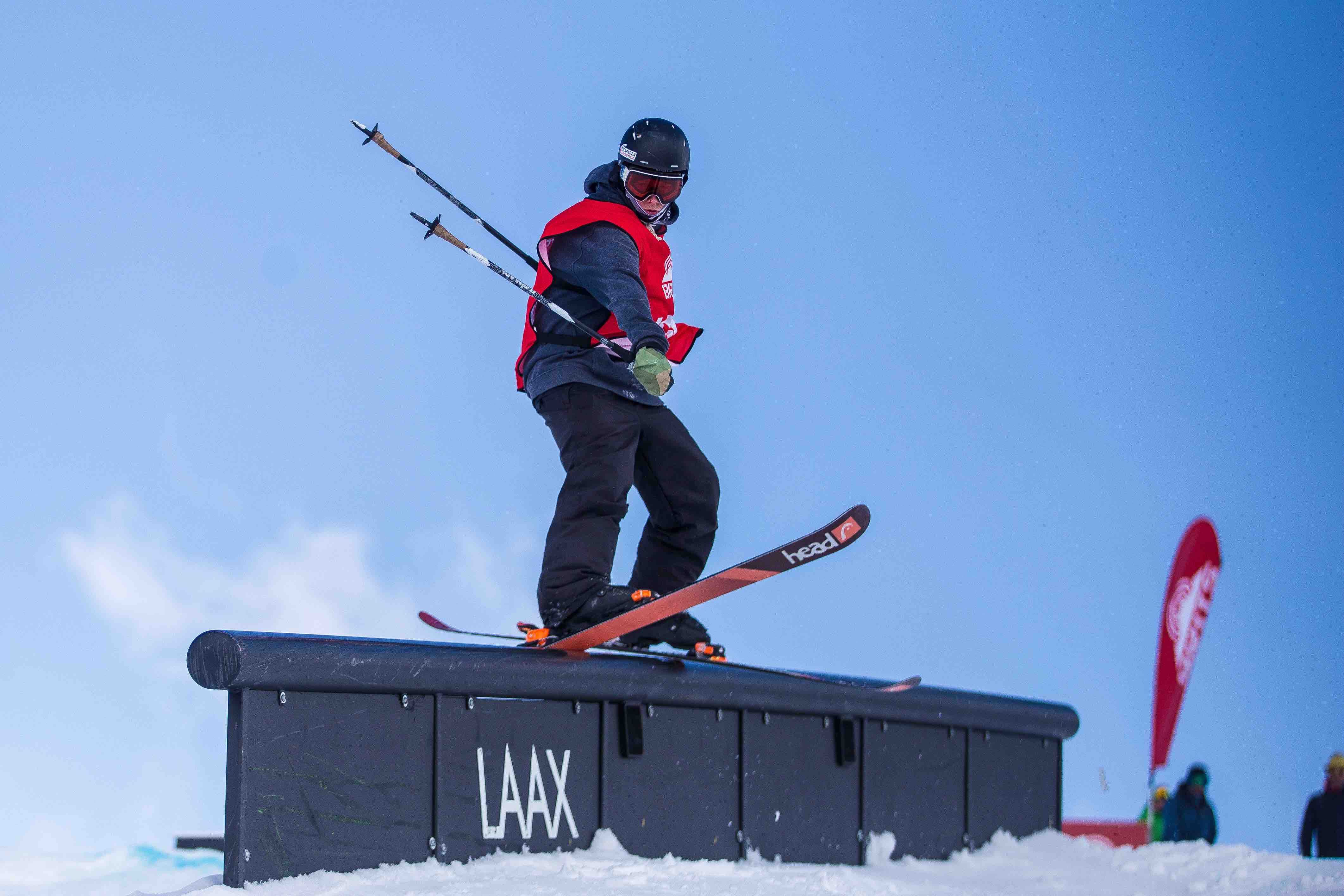 SKIERS THROW IT DOWN IN SLOPESTYLE AS SANDIESON AND SUMMERHAYES BECOME BRITISH CHAMPIONS FOR 2017
British Snowboard & Freeski Championships, Laax, Switzerland

With the clouds playing games with the skiers in the 2017 British Ski Slopestyle Championships, the titles were decided on just one run, with impressive riding across the age groups. With the open male category attracting many of the top GB Park and Pipe riders, it was a closely fought battle for the title, but Cal Sandieson came out on top, and for the females it was Olympian Katie Summerhayes who took the British crown with an impressive run through the Laax slopestyle course.

It was stop-start in the men’s competition as the big boys battled it out on the impressive Laax course. For the younger riders, the level of riding was high with Liam Brompton looking impressive, but unfortunately falling on one of the rails, and David Gornall claiming the Under 12 title. Fifteen year old skier Jasper Klein took the Under 16 title and impressed the judges with big spins both ways as did Haydn Fiori with his cork 720s. In the Open category, Tyler Harding looked like he could have been in with a shout, but pushed a bit too hard on the last kicker, falling on his landing. The battle for the British title ended up being between Cal Sandieson, Mike Rowlands and Chris McCormick, with Sandieson coming out on top with a huge run - K-Fed on the first rail, then a switch right 720, switch double 900 and front double 10 on the big kickers, finishing off with a Pretzel 6 out on the last rail. Rowlands finished second with an impressive run that included back to back 720s and Chris McCormick took third.

After winning the British Champion title Sandieson said: “I’m very happy to become British Champion and happy with my run. It was good to be on the podium with Mike and Chris, and I had to step it up to win. This is my first overall British title, so I am really pleased.” 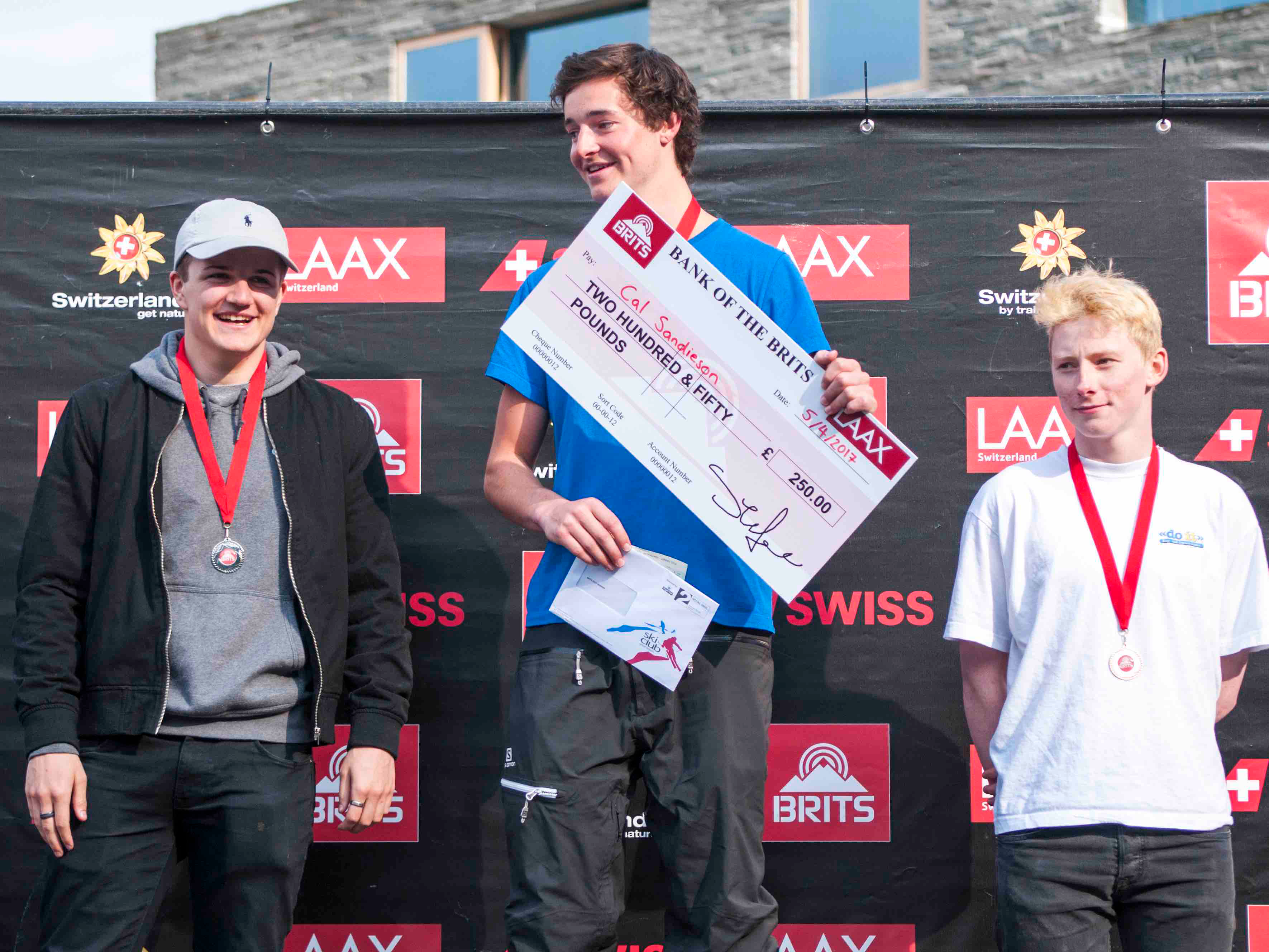 In the ladies’ competition, one run also decided the British titles, with Katie Summerhayes showing why she is one of the world’s best female Slopestyle skiers by putting down an impressive run on the big jumps. After a switch 540 on the first jump, a left 360 tail grab on the second jump, and a right 360 on the last big jump, no-one could rival Katie for the title. In second place was 12 year old Kirsty Muir who showed that she was skiing beyond her years, putting down a 270 out on first rail, on medium switch 540 safety, unnatural 360 and a left (natural) 720 safety grab. In third place was Kirsty’s younger sister Fiona who performed two super solid rail grinds as well as a 540 on one of the small kickers.

Summerhayes was stoked to stand on top of the podium: “I am stoked to claim the title again. It was a tricky day with the clouds, but we managed to get the comp done and I was happy to put a run down. It is so good to have the young riders coming through and see them throw down their tricks.” 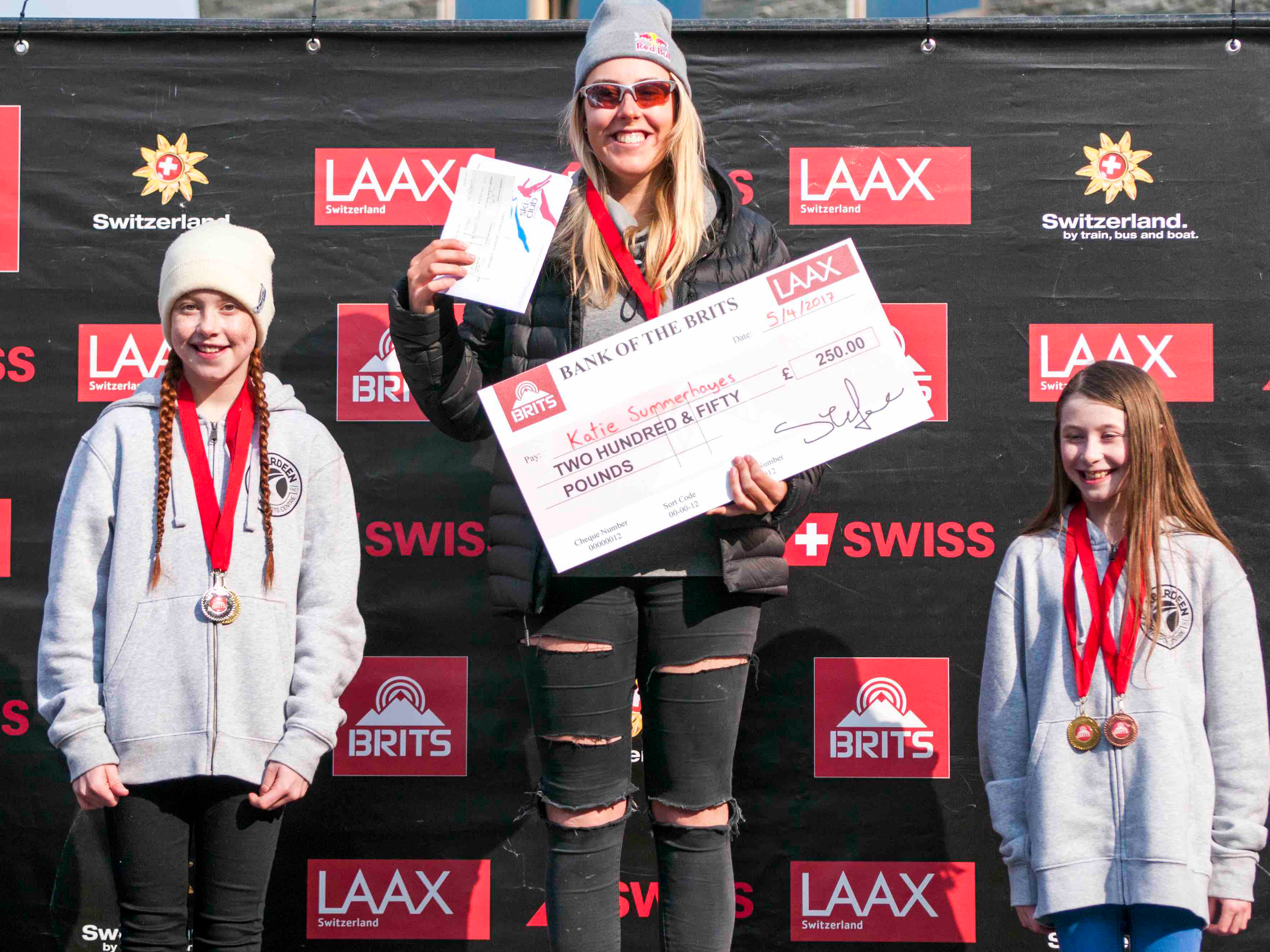 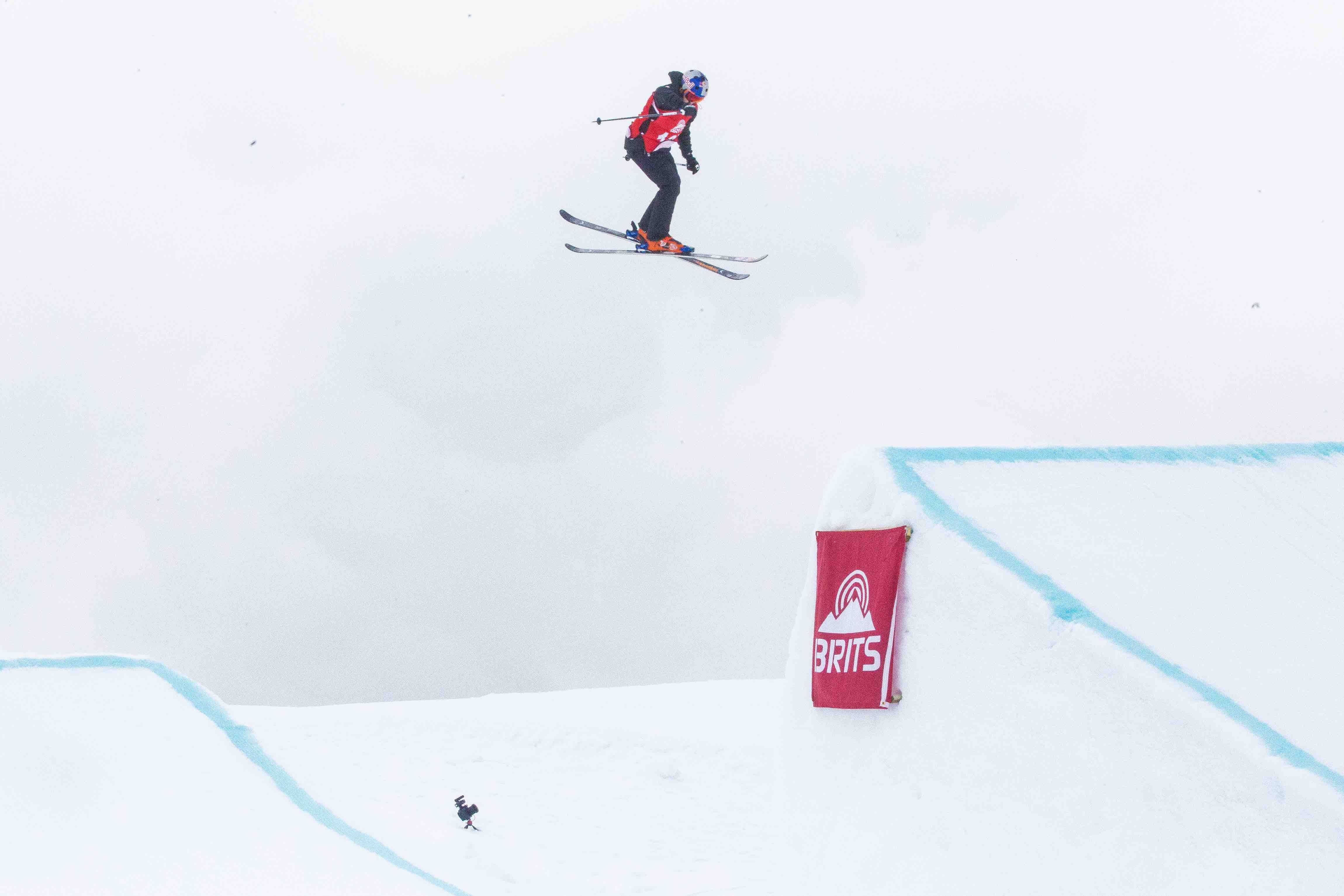 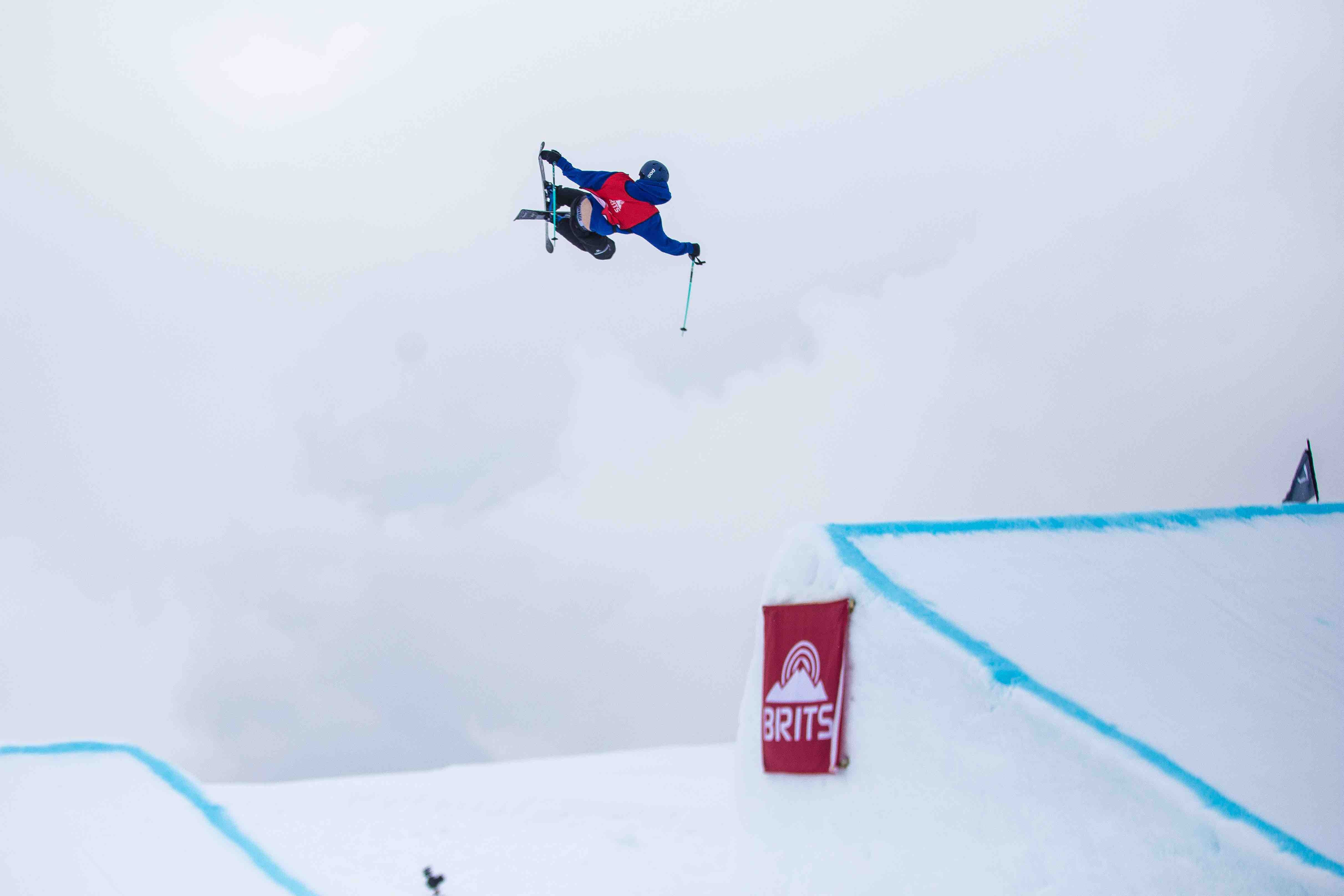