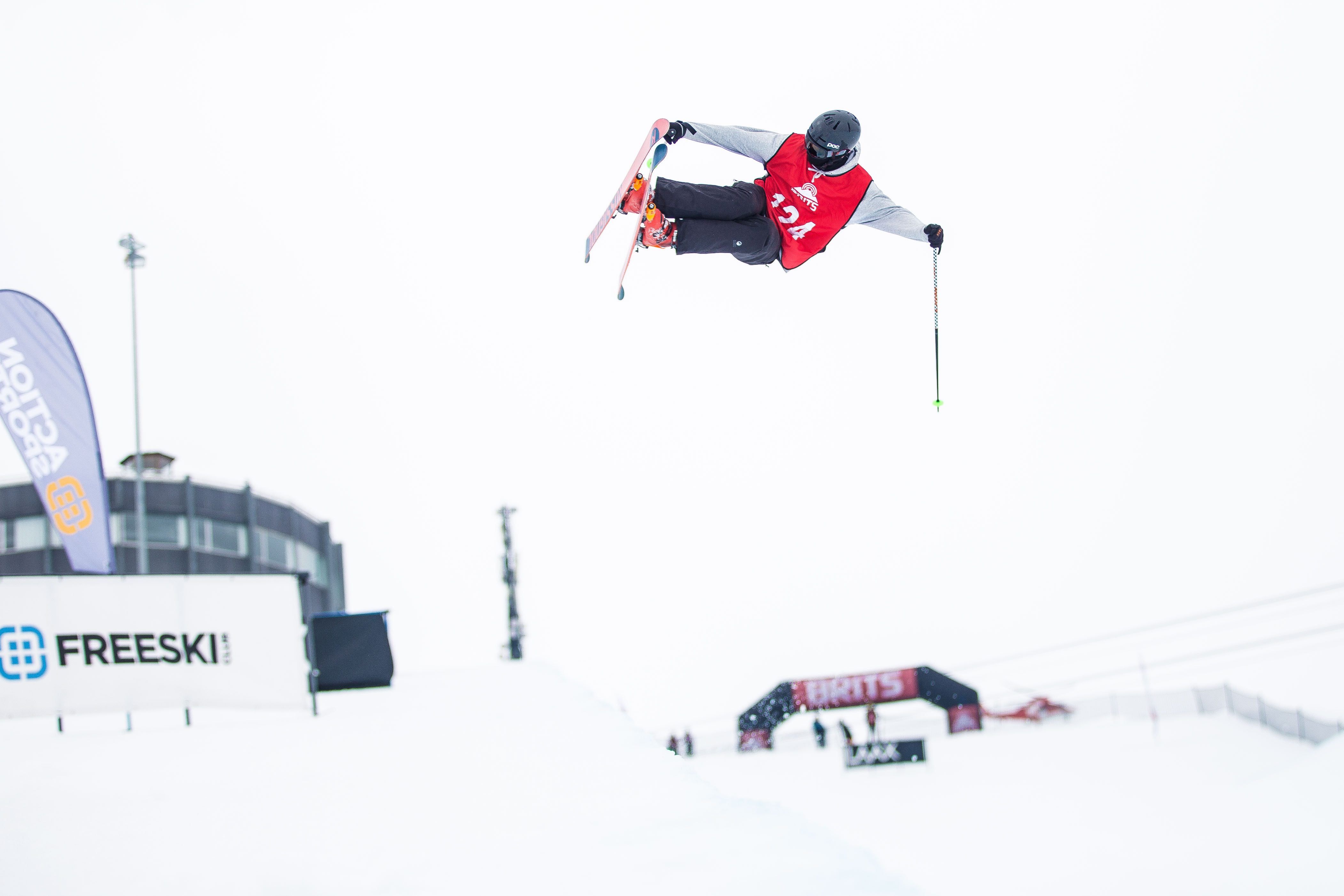 The country’s best halfpipe skiers were out in force on day three of the BRITS 2017 as the titles were decided in the British Ski Halfpipe Championships. With the sun breaking through the clouds in time to proceed with a two-run competition, it was GB Park and Pipe skiers Pete Speight and Rowan Cheshire who reigned supreme were crowned British Halfpipe Champions.

In the men’s competition. Pete Speight returned to Laax to try and retain his British Halfpipe title, and after recently landing a dub 12 in training, Speight was riding high and as he went all out in his first run with back to back 9s, a right side 720, switch 720 and a flat spin 540. His first run was untouchable, even with new kid on the block Alex Glavatsky-Yeadon biting at his heels, putting down a run with huge hits, including a flair, 900 tail and cork 9 tail. With Speight claiming gold and Glavatsky-Yeadon silver, it was up to GB Park and Pipe Pathway skier Chris McCormick to take bronze, and his second podium of the BRITs, after his third place finish in yesterday’s Ski Slopestyle.

Speight said after his win: “I am really pleased to take the win. I am glad that we managed to get a weather window. I tried to put down some World Cup tricks to boost the competition, whilst at the same time staying relatively safe.” 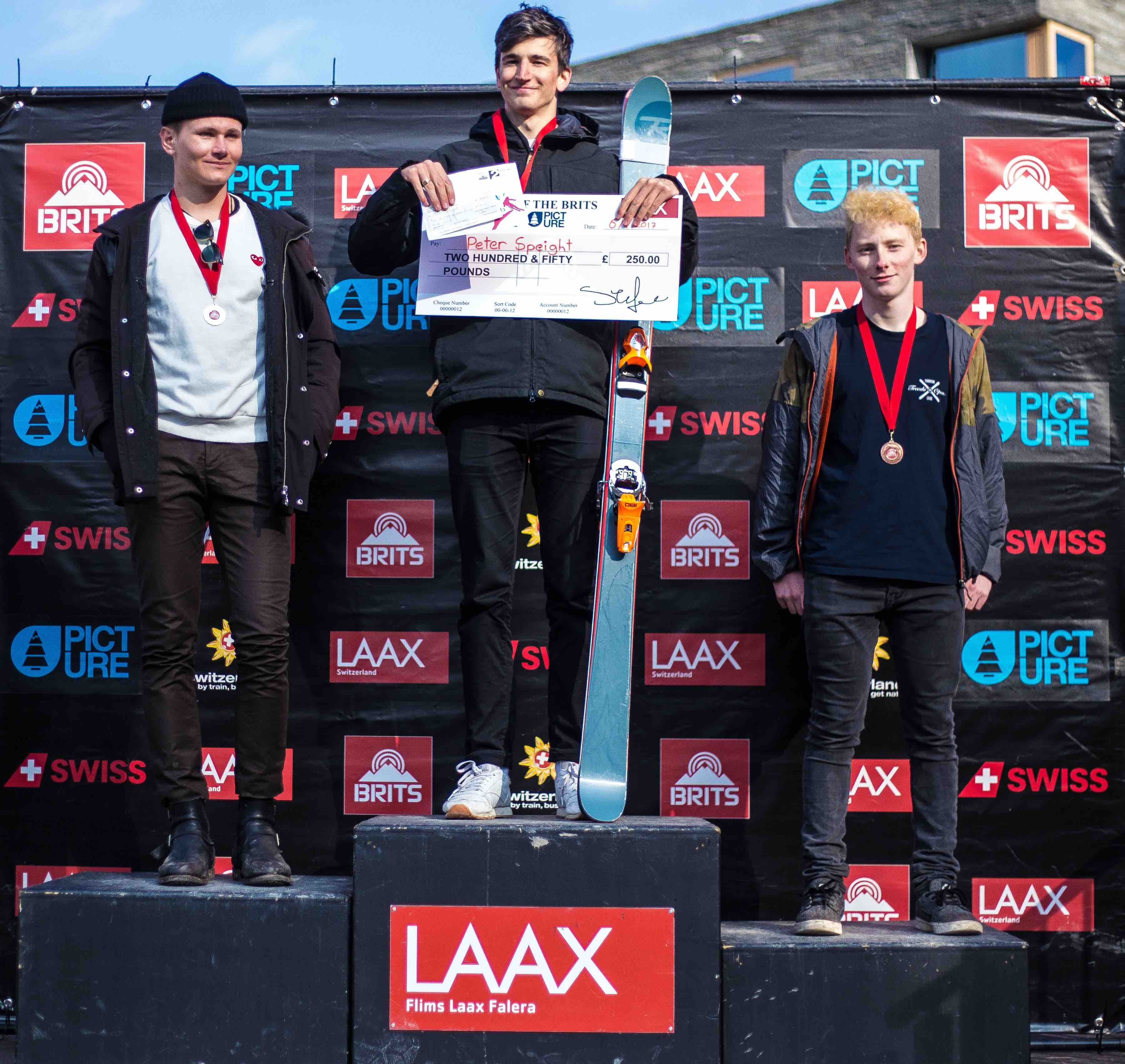 In the ladies’ competition, it was the in-form Rowan Cheshire who showed the rest of the field what she is capable of, nailing her first run of a 540 tail grab, right side 540, big alley-oop and a 720. With Cheshire’s run hard to beat, it was her team-mate Molly Summerhayes who got close, performing an impressive run which included a solid mute grab, left side 540, switch 360 truckdriver and a right side 540 to take silver. Twelve year old Kirsty Muir again showed her form with a solid run which consisted of back to back 540s, a switch 360 and an 360 alley oop, which landed her the bronze.

Cheshire was stoked after collecting her gold medal: “I am really over the moon to become British Champion. It was a good day. I haven’t been to the BRITS for years, so it is great to be back. The atmosphere has been brilliant and everyone just loves it.” 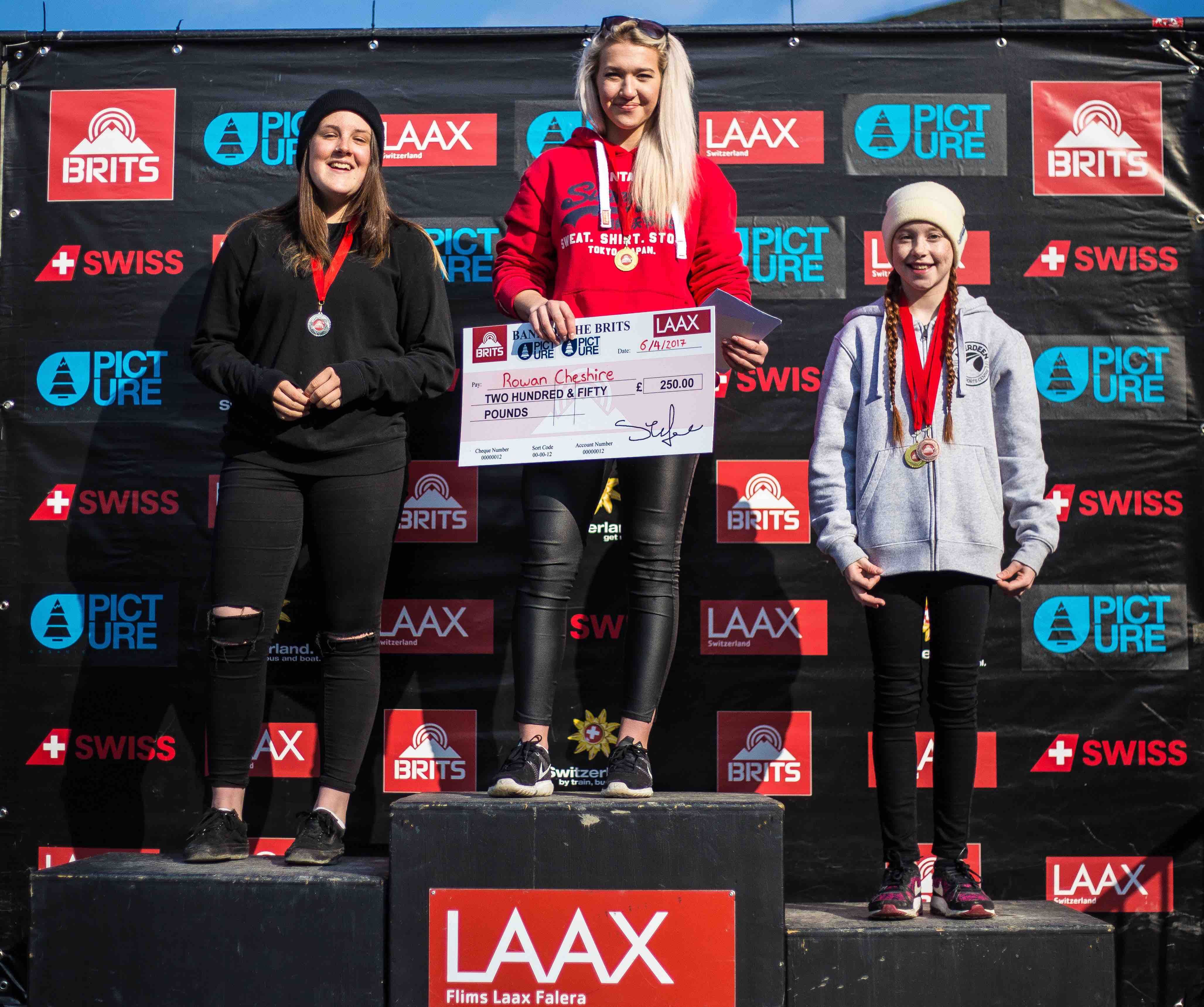 In the younger age groups, there was some exceptional riding. After his age group win in the Ski Slopestyle yesterday, Jasper Klein sealed his second title of The BRITS claiming the Under 16s gold medal with some silky smooth riding, beating off the challenge of Luke Burke who also rode well. For the Under 16 girls, Scottish skier Olivia Burke impressed the judges, but couldn’t get close to Kirsty Muir. And in the girls Under 12 category, Fiona Muir added to her third place overall podium in Slopestyle to claim the Under 12 title. 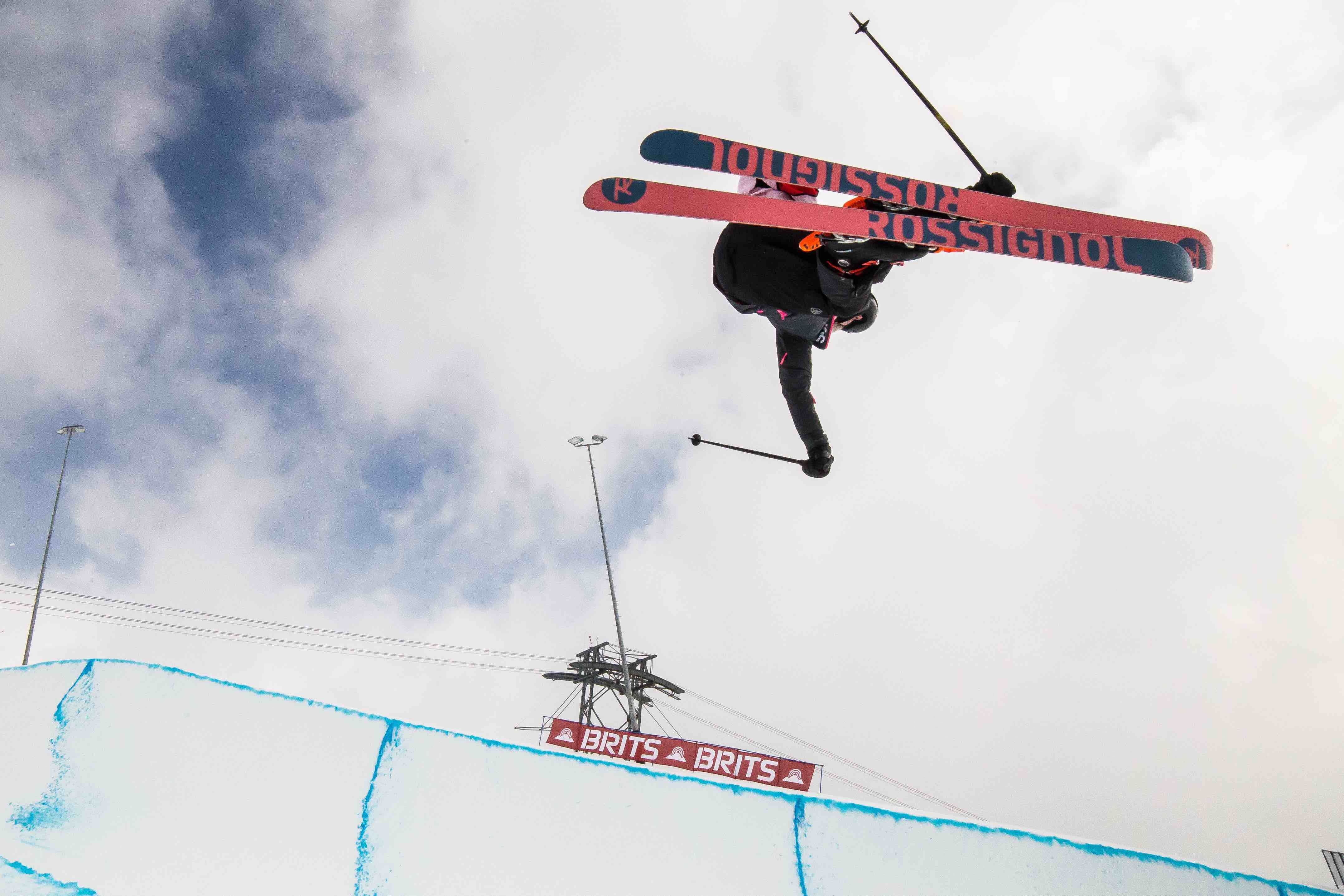 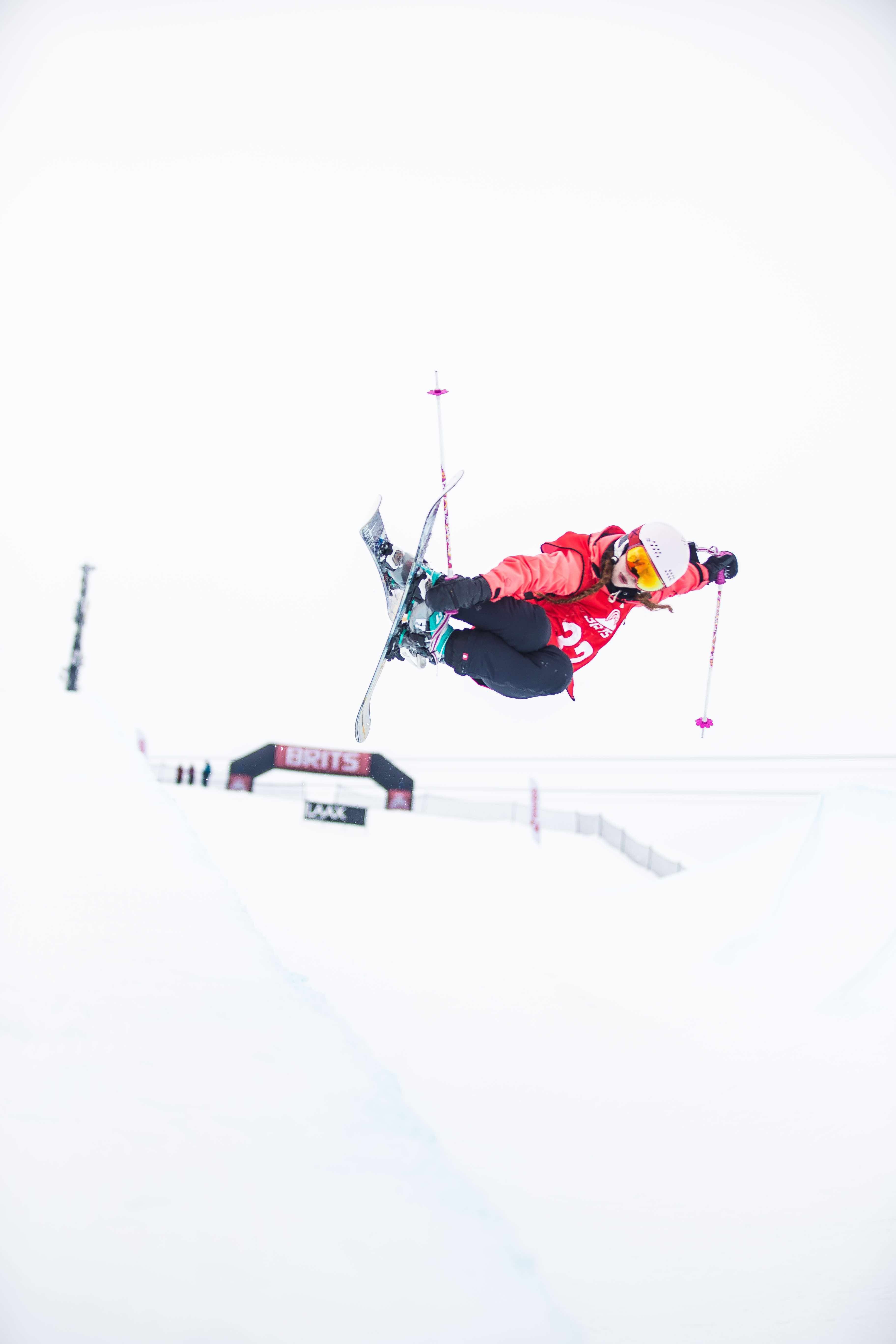